Deep Cove Kayak’s Penguin Plunge is now a longstanding Deep Cove tradition, and is now in its 35th Year! We will be gathering along with hundreds of Panorama Park on New Year’s day who are willing to throw themselves into the Ocean to welcome in the New Year. One of our HUGE sponsors for this year, Johnny Hayward, owner of Cafe Orso, is also a long-time Plunger, so we thought we’d have a chat and find out all about his experiences.

DCK – Hi Johnny – thanks for taking the time to chat with us. How long have you been taking part in the Penguin Plunge now?

JH – This will be my seventh year – but I can’t believe it’s been that long – I started doing it the first year we moved to Deep Cove, after a New Year’s Eve party we went down to check it out, and it became a tradition! 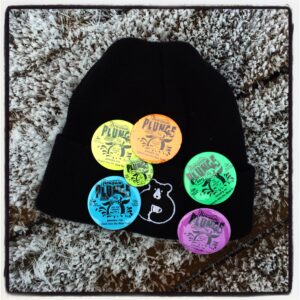 DCK – And what is it you like about it?

JH – I grew up in Newfoundland, and it’s a hell of a lot easier to want to do a Penguin Plunge into the ocean here than there! I remember one year in Ottawa that their version of the plunge was to cut into the ice, to tie a rope around your waist in case you couldn’t get back out, and they’d haul you back out and onto the ice. Brrrrr!

DCK – And Cafe Orso were a Silver sponsor of the event last year, and Gold this year! Thanks so much! What made you want to take part from a business point of view?

JH – Deep Cove is such a magical place to be a part of – I feel so privileged to be in the Community here that I just want to give back to the people that support Cafe Orso. I love being on the main street here – it feels like Sesame Street sometimes! It’s so friendly, and there are so many characters to say hello to, it has been a huge part of making us feel at home after moving here and starting new.

DCK – Thanks again Johnny! Enjoy the Plunge, and we’ll be sure to head into Cafe Orso for some post-Plunge warming waffles!! [If you haven’t tried the liege waffles from there yet, you are MISSING out!]
We’ll be at the Penguin Plunge in Panorama Park in Deep Cove on January 1st. We’ll be there from 12.30pm with Gary Comeau & the Voodoo Allstars, costume judging is at 1.30pm and the Plunge itself happens right at 2pm. Happy New Year!!

Blog Also in This Section: